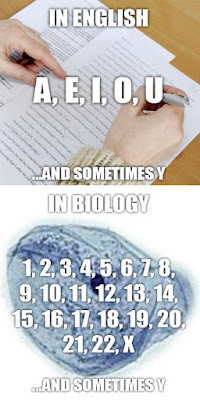 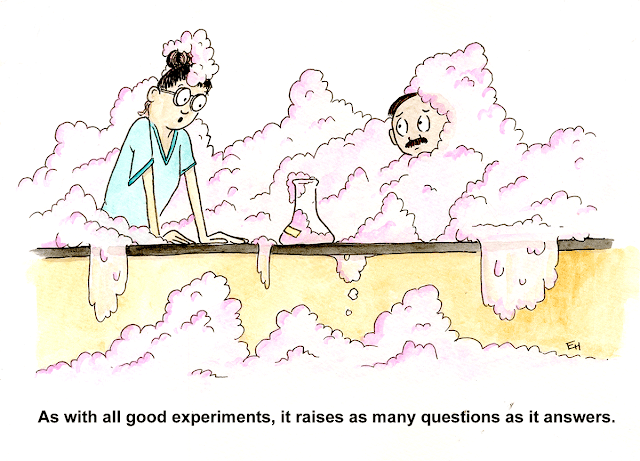 Posted by himelblog at 8:28 AM No comments: 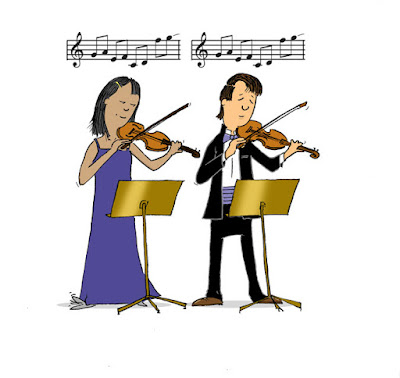 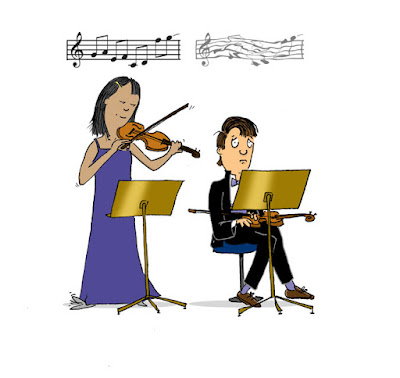 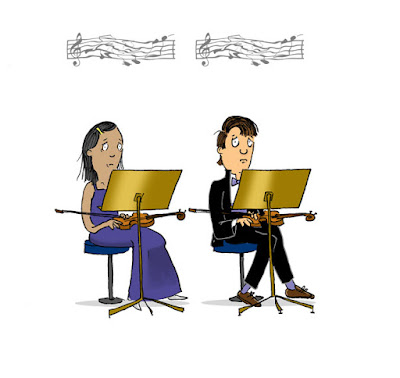 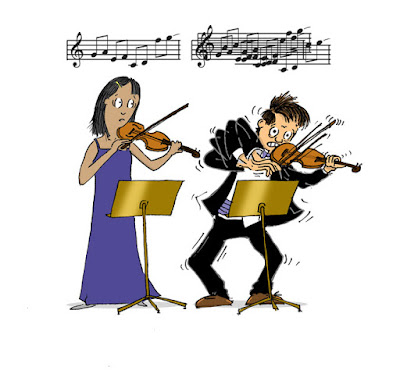 In the final image we see that, yet again, the sheet music printer has made a mistake. However, the nature of the mistake is different than in the previous two examples.  Our musician is frantically trying to play all the extra notes this misprint has created.  If you were in the audience for this performance, what would you hear?  Would you hear the musician playing the correct (wildtype) part?  No!  You would hear the musician working frantically to play all those extra notes.  In this case the mistake has created a gain-of-function allele.  Gain-of-function alleles tend to be dominant to wildtype and this illustration helps to establish why that is.  (One note: students often hear "gain" and think "better"...it should be clear from these illustrations that, compared to wildtype, both loss-of-function and gain-of-function mutation have negative consequences.)
Posted by himelblog at 8:34 PM 22 comments: 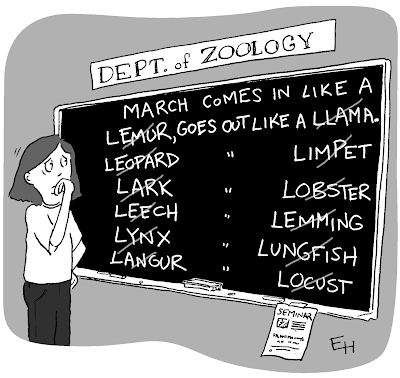 Can you think of any animals that start with 'L' that I left off this cartoon?  Please comment and let me know.
Posted by himelblog at 12:58 PM 5 comments: 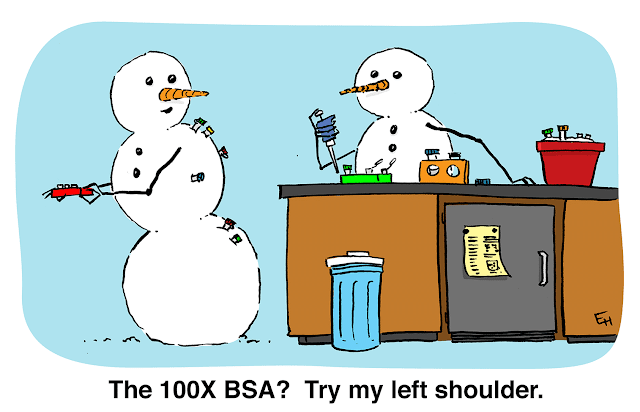 Two minutes of web searching revealed the amazing fact that Emil Erlenmeyer and Robert Bunsen, two giants of lab equipment, worked in the same laboratory in the 1850s.  During that time Erlenmeyer converted his backyard shed into a lab so he could mentor students (something not allowed in the Bunsen Laboratory). 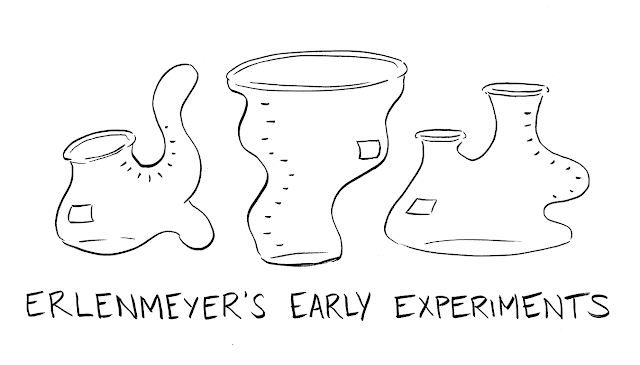 I previously posted an image I made of a human cheek cell compared to the length of chromosome 21...the smallest chromosome.  Here's a new version of that image featuring the largest piece of DNA in the nucleus, chromosome 1.  (Click on the image below to see a full-sized image.) 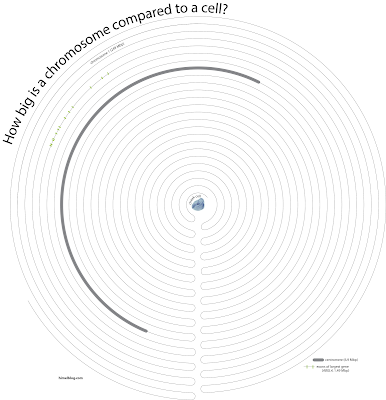 Pretty impressive!  The small blue shape in the center of the image is a human cheek cell.  The nucleus is visible as a small, dark blue spot at the center.  The thin line looping around the cell represents the length of chromosome 1.  Chromosome 1 is about 248 mega basepairs (mbp, 248,000,000 base pairs).  To see how I calculated the length of the chromosome line see my previous post about chromosome 21.

I added some additional features to this image.  The thicker grey line represents the centromere of chromosome 1 which is approximately 7 mbp...about 3% of the total length of the chromosome.  The small green tick marks on the upper left of the chromosome line represents the exons of the largest gene on chromosome 1.  The gene is AGBL4 and it stretches across about 1.5 mbp.  The product of AGBL4 is involved in chemical modification of proteins and mutations in AGBL4 are associated with age-related macular degeneration.  Notice that most of the DNA base pairs in the AGBL4 region of the chromosome are non-coding introns.

Bottom line...chromosome 1 is big!  Two copies of chromosome 1 fold up to fit inside the nucleus of every human cell.  And there are 44 other chromosomes folded up in there too!
Posted by himelblog at 9:07 AM 5 comments:

Here's a clip from a talk I gave for the @ScienceAfterDarkSLO.  (I really do enjoy working with undergraduates in the lab...).  You can see another clip from this talk in an earlier post.


In addition to the stir plate and stir bar, I also show the micro centrifuge in the cartoon.  Here are some centrifuge cartoons.

The character on the right with the striped shirt appears in another of my centrifuge-related cartoon. 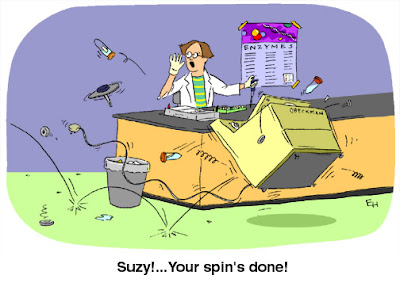